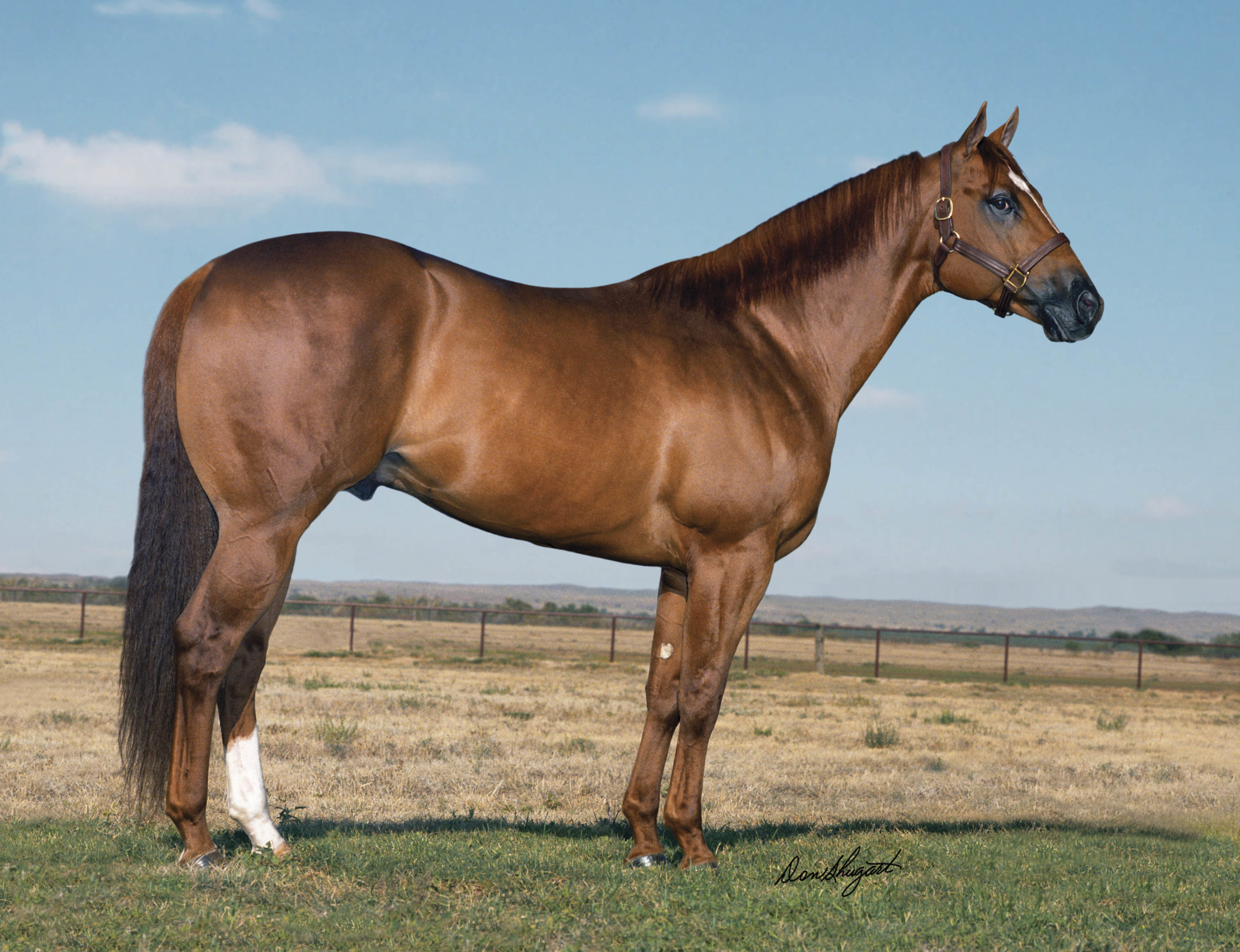 World Champion MR JESS PERRY’s bloodline runs deep in the racing industry. As the #3 All-Time Leading Sire of Money Earners, his sons dominate the AQHA’s Racing Leading Sire lists and his daughters have produced more than $100,500,000.

For the full Black Type pedigree or Genetic Disease Testing results, use the buttons below. 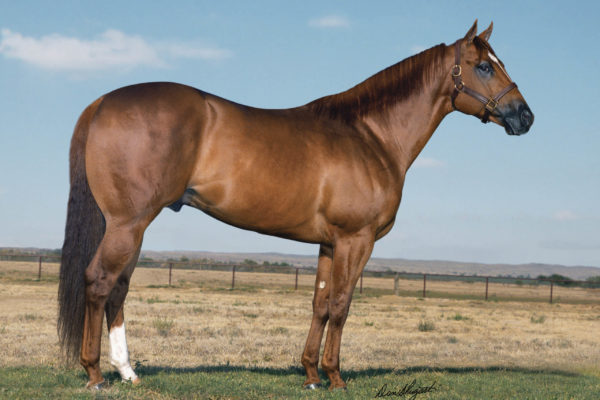 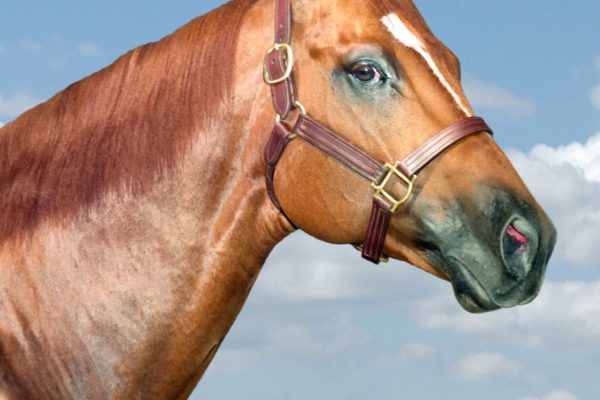 November 15, 2017, Guthrie, Texas – The Four Sixes Ranch is deeply saddened to report that Mr Jess Perry was laid to rest today at the age of 25.

“His complications from laminitis, along with his aging body, finally required the tough decision that has been facing me for some time. He has lived a long, productive life and he has been a blessing to not just the Four Sixes, but the entire Quarter Horse industry,” said Dr. Glenn Blodgett, Four Sixes Ranch Horse Division Manager.

Mr Jess Perry first gained acclaim as a racehorse when he was named AQHA Racing Champion 2-Year-Old and Champion Two-Year-Old Colt in 1994. During his racing career he won 12 of 21 starts and earned $687,184. However, it was in the breeding barn that he became a living legend. One of only three Quarter Horse stallions to sire the racing earners of more than $59 million, he has sired 157 stakes winners and 156 stakes placed horses, including 9 running champions.

There is no doubt that Mr Jess Perry will continue to influence the industry for generations to come. It is undeniable that he is this era’s “sire of sires” when looking at only two of his seven champions, World Champion and current Leading Sire of Money Earners Apollitical Jess, and Champion and #2 Leading Sire of Money Earners One Famous Eagle. His dominance extends from top to bottom, as his daughters have produced the earners of more than $100,500,000, and he has been the #1 Leading Broodmare Sire each year since 2013.

The Mr Jess Perry Syndicate Members, along with the Four Sixes Ranch, are grateful to have played a role in the career of this remarkable stallion, and would like to thank those who have bred to Mr Jess Perry over the years, those who have contributed to the success of his foals, and those who have ensured that his legacy will live on through his sons and daughters

Mr Jess Perry we will be buried at the ranch beside other industry leaders Streakin Six, Special Effort and Ocean Runaway.