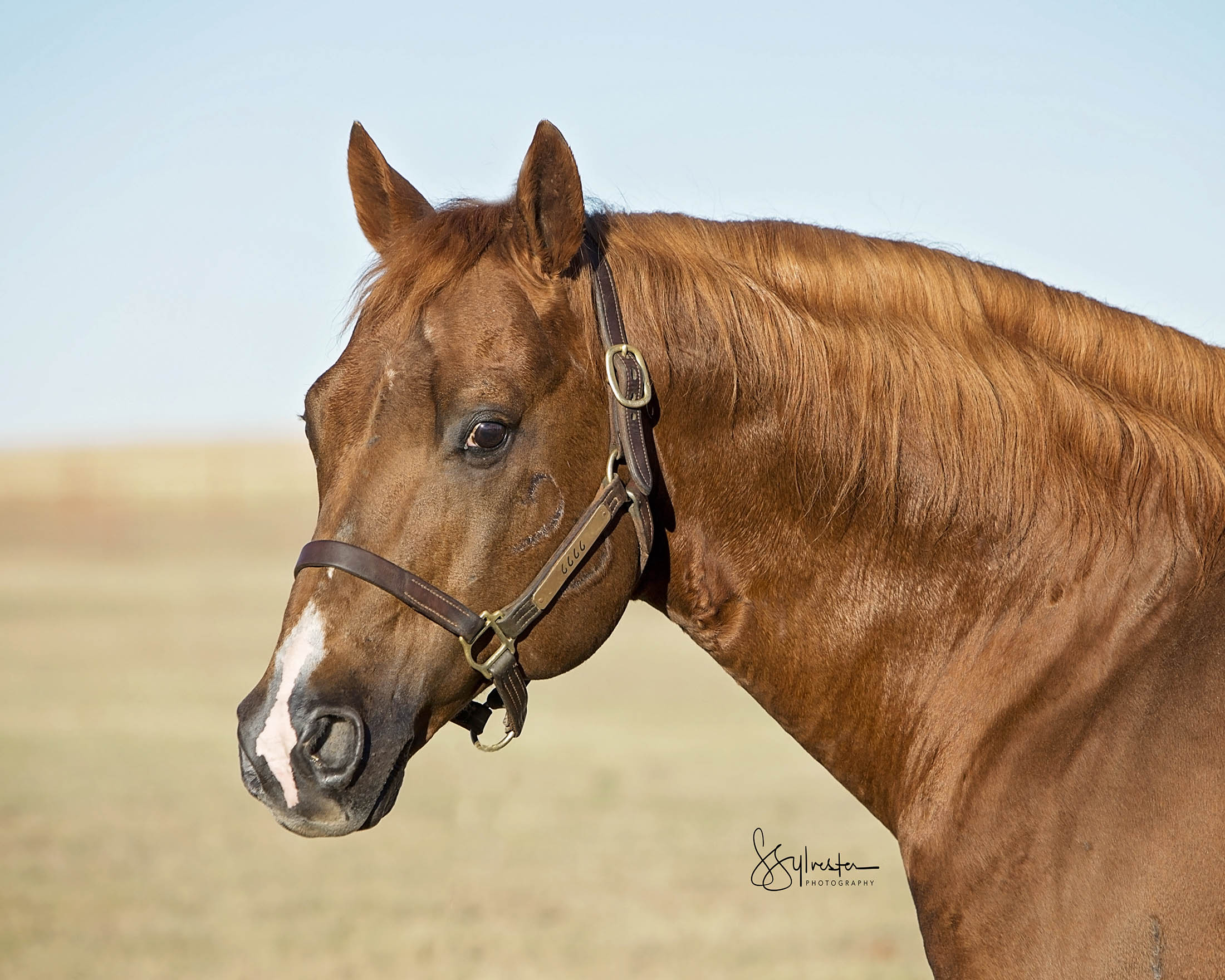 In a close competition that came down to the very last class, Sixes Pick, a 1998 stallion owned by Burnett Ranches of Guthrie, Texas, won the 2008 world championship in versatility ranch horse, the first to be awarded in the event. It was hosted by the National Western Stock Show in Denver, Colorado, January 16 – 17.

Ridden and trained by Chance O’Neal, the stallion won the ranch trail class, placed second in ranch cutting and fourth in ranch riding on the first day of competition. During the final classes the next day, the two placed third in working ranch horse and won the ranch conformation to earn the most points overall and clinch the world championship.

“We’re fortunate to have won the first versatility class that was held in Fort Worth,” said Glenn Blodgett, D.V.M., Burnett Ranches’ Four Sixes Ranch horse division manager. “To follow it up with this world championship here, the first one, it’s really a great feeling.

“Especially with a horse we raised on the ranch, sired by what we think was the greatest ranch horse sire we’ve ever had there, Tanquery Gin,” he continued. “We just feel like this horse is a great all-around, versatile athlete, like he depicts himself in the show ring.

“He’s a great individual and we’re real proud of him, and real proud of Chance. And we really appreciate AQHA for implementing this class and Fort Dodge Animal Health for sponsoring this inaugural event.”

The name of the versatility game is consistency, and it was no different in the battle for the world championship. Chance and Sixes Pick were up against tough competition in every class.

“Our trail class is normally our weakest, and that was one of the few events we won,” Chance said. “We placed good throughout the show, and that’s the secret to the game. If you can stay in the top five in every event, you know, you’re usually there at the front toward the end.

“(Sixes Pick’s) cow work is his strong suit, but here we drew a bad cow in the cow horse,” he continued. “Fortunately, he showed really good in the trail and in the ranch riding, and his conformation has always been a plus. That’s good to know when you’re going into this camp because that’s the deciding factor a lot of times.

“It was real tough. With all these horses, it’s anybody’s game; you don’t ever know when you show up. It’s kind of whose show it is. We got lucky in some spots, and it worked out.”

Burnett Ranches’ Four Sixes Ranch was founded by Samuel Burk Burnett in the late 1800’s; he first recorded the “6666” brand in 1875. The ranch is owned by Burnett’s great-granddaughter Anne Marion, an AQHA Hall of Fame member.

By Tanquery Gin and out of Natural Pick by Tenino Badger, Sixes Pick was the 2005 reserve high point senior versatility ranch horse. He represents well the historic ranch’s legendary Quarter Horse breeding program that includes such individuals as AQHA Hall of Fame horses Joe Hancock, Hollywood Gold and Grey Badger II. The ranch was the 1993 Best of the Remuda award winner.

“Sixes Pick comes from our most prolific mare family line, the 99 mare family,” Dr. Blodgett said. “Generations of those horses are proven, all-around ranch horses. Our goal (at the Four Sixes) is to raise the world’s best ranch horse.

“These ranch horses really haven’t had an opportunity or venue to really show themselves in like they can in this event,” Dr. Blodgett continued. “There have been other attempts at it, but this event is the true depiction of it. We’re real pleased with it, and we’re participating in it with a lot of our horses. We’re looking forward to competing again at this world show.”

What does it mean to Chance to win this competition on a Four Sixes horse?

“It means a lot,” he said. “I’m kind of speechless. All those guys – I have a whole lot of respect for every one of them. Just to get to compete with everybody here, it’s not only a competition but it’s fun. We laugh, we joke, we hang out together and help one another when we can. It’s a unified group, and that’s what makes these events fun to go to.

“We (at the Four Sixes) have worked really hard, trying to get here,” he continued. “When they said they were going to have the first world show we were really excited. To come in here, with the way he performed, it means a lot.”

He paused and smiled.

“When I got this job, it’s been about four years ago, I was pretty surprised when I talked to Doc, and he said he needed somebody, and he wanted me to come and start riding these horses. It gave me an opportunity.

“When you’re riding these horses, the horses make you look a lot better. To come to the Four Sixes and ride horses like Sixes Pick, it sure enough helps.”

“It’s a real rewarding experience for our whole operation,” Dr. Blodgett added. “Our horses, our people, the owner of the ranch, everybody.”