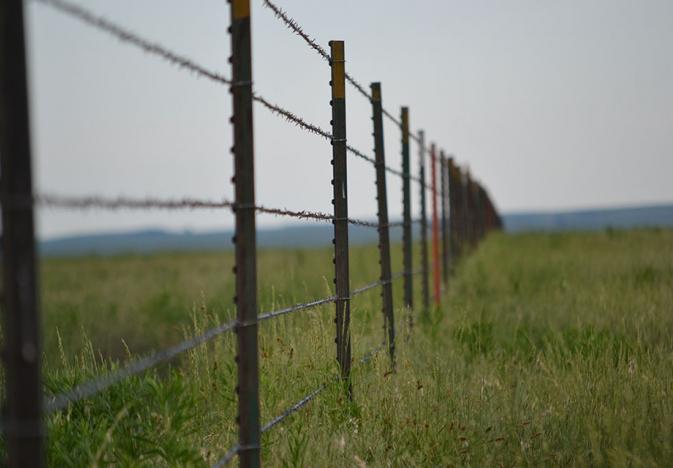 New Generation: Don’t Fence Yourself In

As a young producer, having the opportunity to gather advice or gain insight from those who have “been there, done that” is priceless. That is a main reason I value industry events like the annual National Cattlemen’s Beef Association (NCBA) convention and Beef Improvement Federation research symposium. Those events serve as the professional intersections and watering holes of our industry. Opportunities to obtain knowledge and exchange ideologies occur during every luncheon, hallway crossing and shared cab ride.

On the advice of a couple friends in NCBA’s Young Beef Leaders program, I attended this year’s emerging leader’s luncheon. It served as one of those invaluable instances to sit, listen and learn.

Joe Leathers, general manager of the distinguished 6666 Ranch (also called the Four Sixes) in Texas, shared more than just our table. His insights about modern cow productivity, the challenges for the next generation of cattlemen and women and overcoming self-created mental obstacles made a valuable impact. As he shared the lessons he learned during the vast extended drought in the Southwest, a transparent message began to take form.

With little to no grass and feed resources approaching the point of exhaustion, ranchers were forced into unknown waters. Leathers and a group of managers from the surrounding ranches initiated strategy sessions to consider every possible solution, no matter how dynamic or unorthodox.

Through these collaborative “think tank” discussions, tactics materialized that would yield unanticipated results.

Ranches like the Four Sixes were able to preserve their nucleus cowherd through relocation strategies that also expanded their reach into new regions. Custom grazing opportunities were cultivated through symbiotic relationships with beginning producers. Young couples that had access to grass but limited venture capital for livestock were developed into valuable assets for an emerging ranch network that crossed many state lines. This was not a typical practice prior to the drought, but it materialized as a new, highly effective tool. Thinking outside the box, or beyond the fences, enabled the Four Sixes to evolve in ways previously unconceived.

“I grew up just a short distance from the ranch I have managed for a long time,” Leathers says. “If you would have told me years ago that we would be able to grow into a network with cattle in five states, I wouldn’t have believed you. I never considered the possibility a ranch could exist beyond its traditional boundaries of deeded and leased land. You have to think beyond ‘what is’ to discover ‘what could be.’”

The underlying message is simple, yet powerful. This seasoned rancher wasn’t just referring to the physical boundaries of an operation. It is the intangible limitations or barriers we subconsciously create that can hold us back from profound achievements and personal growth.

Often times, the fear of failure or yoke of complacency closes our minds to new, innovative thoughts. We have to cut through this mental barbed wire. This could be the key to achieving more than what we think is even possible.

Editor’s Note: This article originally appeared in the May 2017 issue of Drovers.