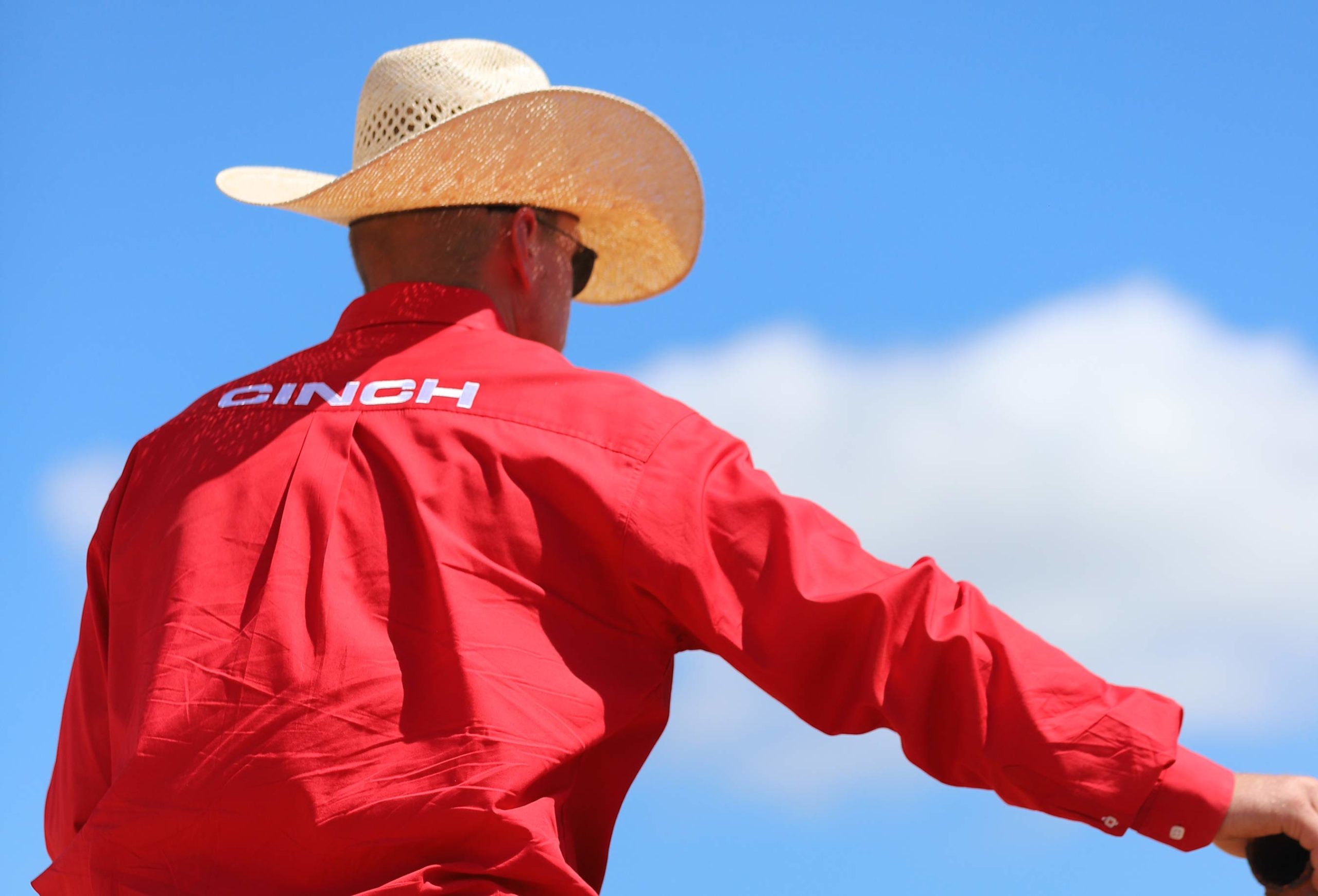 Horse DivisionNewsRoad To The Horse

Team Australia Takes the Road Down Under

Sylvester, Texas, March 14, 2012 — It was the shout heard around the world as Guy McLean, covering his face with his hands, threw his arms in the air and grabbed teammate Dan James after hearing Team Australia announced as winners of Road to the Horse International March 11 in Murfreesboro, Tenn.

In an intense and close race over three days filled with excellent horsemanship and a few moments of high drama, Team Australia made what will now become a prolonged visit to the United States even more worthwhile with the win.

James of North Arm Cove, New South Wales and McLean of Hervey Bay, Queensland, went into the final round of competition, the challenging obstacle course, in a close race with Team USA, made up of veteran clinicians Craig Cameron of Bluff Dale, Texas, and Pat Parelli of Pagosa Springs, Colo. Team Canada, consisting of British Columbia horsemen Glenn Stewart of Baldonnel and Jonathan Field of Abbotsford, were no slackers, either, having taken on two challenging horses to make it to the obstacle course.

Producer Tootie Bland threw the first twist into the event before the competition even started, offering a total of 40 points to the team willing to switch horses selected from the remuda of well-bred American Quarter Horse geldings provided by the Four Sixes Ranch of Guthrie, Texas. After a brief conference, the only team to take the bait was Team Canada.

Even so, Team USA took the first round of competition from inside the W-W Livestock round pens with a combined score of 691 from head judge Mike Kevil of Arizona and judges Jack Brainard of Texas, Dr. Robert Miller of California, Cody Lambert of Texas, Hugh McLennan of British Columbia and Australian Wayne Robinson of Texas.

Going into the second round, Bland didn’t have to add any new twists because Mother Nature added her own, hitting the guts of both horse and man. Pat Parelli’s original remuda selection was replaced for its protection while Dan James suddenly fell ill during the morning demonstrations. Judges and contestants met to determine a fair solution, agreeing that Parelli would receive a new horse and begin again at 5:30 a.m. the final day, while James’s business partner, Dan Steers, would be allowed to serve as wrangler for Guy McLean during the morning training session. James, in the meantime, received prompt attention from the production crew who provided fluids and medication and ensured that he received IV fluids to combat dehydration. James did return for the afternoon session to continue training with his horse. At the end of the second round, Team Australia had the slight upper hand with a score of 715 to Team USA’s 699. Team Canada followed with a score of 673.

The final round, the challenging obstacle course, has always been the game changer, and Bland, true to form, made it even more so, coming back with an offer to award 60 extra points to the team who would switch horses again. So, after a quick conferral, Teams USA and Canada stuck to their original mounts, and Team Australia made the switch, saying they would never be able to live it down at home if they didn’t.

McLean was the first to take on the course aboard Remember Sunset, a gray gelding trained initially by James. After a bit of “getting to know you,” McLean established the partnership and started off on his declared moves, which required a walk, trot and canter both ways of the ring, a 180 degree turn each way, mount and dismount, stop and back. Then onto the obstacle course where the gray seemed to grow in its acceptance of McLean with every step, taking on both mystery obstacles (a bell suspended over a bridge, which was required, and a water obstacle, which was optional). McLean then ended his performance standing on the back of the horse, snapping two whips simultaneously.

James, on the other hand, took Valliant Paddy, a sorrel trained and purchased by McLean, confidently, but carefully through the course, with moves that were somewhat cleaner. He hit a snag when crossing the ground tarp, but once he showed the horse resistance was futile it was smooth sailing from that point forward.

Team Canada had strong performances as well, with Jonathan Field completing the course in solid fashion on Fletches Stoli and Glenn Stewart making a nail-biter of a performance, spending a great deal of time in the round pen saddling and working Sixes Peg prior to starting the obstacle course and bringing the house down with his own exuberant finish.

Craig Cameron of Team USA brought his usual humorous perspective to the obstacle course, as well, while Pat Parelli, allowed to go last due to the late start with Bucks Attraction, gave one of the best performances of the day, working his palomino horse sans bit throughout the AQHA-sponsored obstacle course without a hitch and completing it to the roar of the crowd.

Scores were displayed to the crowd at the close of each round and before the mental math was complete, Team Australia was crowned the winner with a total score, including the bonus points, of 2,780, with Team USA in second with a score of 2,687 followed by Team Canada with a score of 2,471.

“This was truly a great birthday,” said McLean, celebrating March 11. “I have so much admiration for the other horsemen who were here today and am so thankful to everyone who supported us. I just can’t believe it.”

James, who also purchased his horse following the event, said he was shocked. “It was so close,” he said. “I really didn’t know how it would go, but this was an amazing competition.” Both trainers were awarded with the AQHA Traveler award for their win and the purchase of their horses.

McLean will continue with his tour of the United States and said he will likely travel back and forth between Australia and the U.S. for an undetermined amount of time, while James is taking up residence at Taylor Made Farms in Lexington, Ky., which will serve as a base while he travels the U.S. and works with Taylor Made Sales operations.

“I am so proud of all the horsemen who took part in this competition,” said Road to the Horse producer Tootie Bland. “Making it a team competition brought out the best in all of these great horsemen as they worked together for a common goal. It was so gratifying to hear them encourage and advise one another throughout the event and I believe our sold-out audience really appreciated their comradery.”

James, in a follow up message to Tootie Bland, summed his feelings up best. “Did this weekend really happen?,” he said. Road to the Horse will follow the progress of James and Remember Sunset and McLean and Valliant Paddy throughout the year.