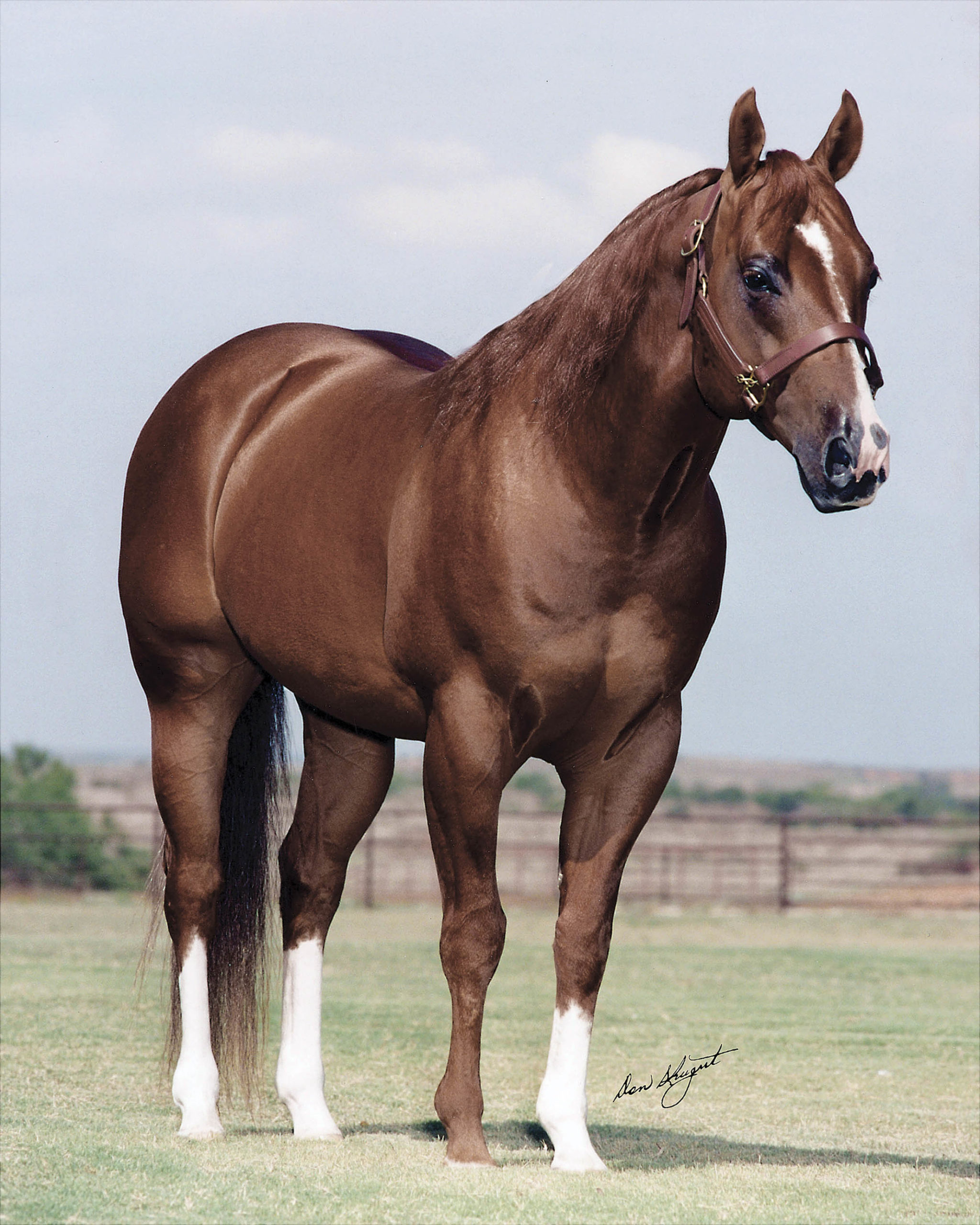 Boyce piloted “Gremlin” to scores of 220.5 in the rein work and 217.5 in the cow work. Their 438 composite score earned the $7,777 World Championship paycheck, a Bob’s Custom Saddle sponsored by Carol Rose Quarter Horses, a Gist buckle from Smart Boons/Kevin & Sydney Knight, a pair of boots sponsored by Rios of Mercedes, a $50 gift certificate from Santa Cruz Biotechnologies and a bandage bag from NRCHA.

“I was just trying to have a nice, clean run. I was late in the draw, it was a tough class, but I just tried to be nice and clean. I was a little upset with my cow – I thought I had more cow than that. I made the first turn and it just kind of died off, but I was really happy with my horse. He was real honest,” Boyce said.

Mr Playinstylish was unaffected by the demands of showing in the World’s Greatest Horseman and the Open Bridle World Championships on consecutive days, he said.

“He’s a workhorse. It doesn’t bother him. I think it makes him even a little bit better, but I can tell you more about that tomorrow [after the World’s Greatest Horseman finals],” Boyce said, laughing. “He’s trained, he’s been shown a lot, he knows his job and he doesn’t take tons of preparation. You just lope him and go show him.”

Although Boyce often shows the 2005 stallion for the Moncriefs, Mr Playinstylish is a product of Boyd Rice’s training program.

“Boyd’s always had him. I’m just showing him for Boyd here. Boyd’s trained him all the way,” Boyce said. “I’ve had an opportunity to show him in the past when Boyd couldn’t, so I know the horse pretty well.”

The Open Bridle Reserve World Champion was Starlighting (Grays Starlight x Ollie Olena), a 2003 stallion shown by Ron Emmons, Ione, Calif., for owner Coyote Rock Ranch. Emmons rode Starlighting to scores of 219 in the rein work and 218 in the cow work, for a total 437 on two events and a $6,111 payday.

Anderson rode the 2007 gelding, owned by David and Barbara Archer, to a 220.5 in the rein work and 224 in the cow work. the 444.5 composite score netted $7,994, a Bob’s Custom Saddle sponsored by Carol Rose Quarter Horses, a Gist buckle sponsored by Smart Boons/Kevin & Sydney Knight, a pair of boots sponsored by Rios of Mercedes, a $50 gift certificate from Santa Cruz Biotechnologies and a bandage bag from the NRCHA.

On Wednesday, Anderson and Tuckers Smart Cat topped the Open Hackamore Preliminaries with a nearly identical score – a 443.5.

“In the prelims, he was a little more chargey in the rundowns to the stops than he was in the finals, so I was really happy in the finals that he waited on me. On the cow, both times, I thought he was awesome. This cow in the finals, I thought had a little higher degree of difficulty than the prelim cow, and he was never more than an inch away from the cow. He’s just such an athlete,” Anderson said.

As a 3-year-old, Smoke Time Tuck earned $3,555 in the show pen, but her greatest contribution to her sport has been through her babies. Anderson helped Smoke Time Tuck’s foals achieve their greatest potential; she has shown six of those offspring foals, earning approximately $350,000.

“The number of foals she has had that have been money earners is just amazing, with only breeding one time a year. there’s no embryo transfer, no nothing, and she’s still on top. I owe a lot to that mare,” Anderson said.

“They’re all hugely quick in the front end and super fence horses,” she said.

Tuckers Smart Cat will continue in training and prepare to compete as a two rein and bridle horse in the season ahead, Anderson said.

The Open Hackamore Reserve World Champion was ARC Sparkin Chics (Chic Please x Sailing Spark), shown by NRCHA Million-Dollar Rider Doug Williamson, Bakersfield, Calif., and owned by Rocking J Ranch. The 2008 stallion scored a 217.5 in the rein work and 221 in the cow work for a 438.5 and a $6,281 payday.