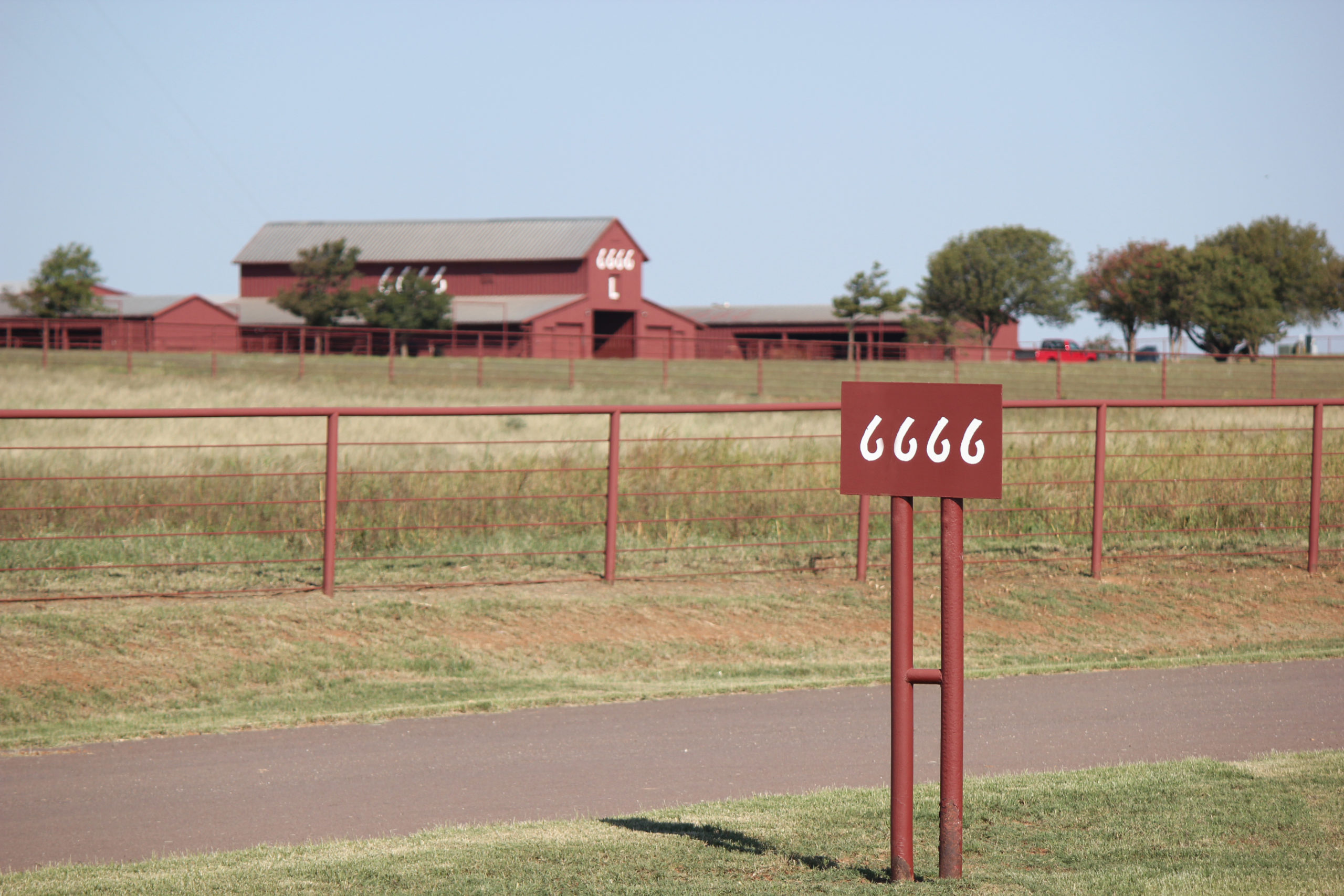 The wind is howling as a group of cowboys gather around a fire trying to stay warm. This is not the first night they have spent sleeping on the hard ground. However, it is their job to stay with the herd as they move them from one pasture to another.

This may seem like a scene from an old western but it actually describes what the cowboys on the 6666 Ranch in Guthrie, Texas currently can experience during branding and weaning while they stay at the wagon.

If you visit the ranch’s website, you will find that it was established in 1870 by Samuel “Burk” Burnett with just 100 head of cattle wearing the legendary “6666” brand, and has since grown to a 275,000 acre operation that encompasses superior Black Angus cattle and legendary American Quarter Horses. However, if you ask the cowboys that work on the ranch, they will tell you that although it has grown in size, they continue to uphold the ranching style that was used when the ranch was established.

Many ranchers have described these practices as “outdated” and have chosen to incorporate more technology into their operations. However, Joe Leathers, General Manager of the 6666 Ranch, believes that the traditional ranching methods like riding horses, branding cattle at the fire and sleeping at a wagon while gathering cattle are simply the best way.

Leathers grew up passionate about the cowboy lifestyle and continues to enjoy engaging in these practices daily. However, as the manager of the ranch it is also his job to make sure that his operating decisions are ultimately what are best for the livestock, the ranch and its employees.

“There are many things about the old traditional methods that are just best for the cattle,” said Leathers. “A lot of the new technology will stir up the cattle.”

By using horses and cowboys trained in these traditional practices, Leathers said the ranch is not only able to reduce the stress on their cattle, but also get their job done faster than they could using other methods.

“With a big crew, I have branded over 600 cattle in one morning, and I have known people that use a calf table and chute that take twice as long,” said Leathers.

A traditional method the ranch maintains is the act of staying at the wagon. During this process, a group of cowboys will take a tarp covered wagon out with them to carry their supplies. They will spend their days gathering
and moving their livestock to different pastures and then return to the wagon to eat and sleep on a bedroll at night. Typically, they will stay out for about four weeks during branding and weaning season, only returning on weekends to gather new supplies.

Economics plays an important role in why they choose to haul a wagon instead of using vehicles and other motorized transportation. “Wear and tear of the vehicle is the main reason,” said Leathers. “You’re burning
fuel and tearing up your trucks and trailers when traveling this rough country. Plus, a wagon is mobile and keeps the cowboys physically together.”

This is a tradition that the ranch is starting again this year after several years of drought forced them to migrate the majority of their herd north. Although the cowboys on the ranch said they are excited about the opportunity of being able to participate in a traditional cowboy method
again, they also acknowledged that there are times they will wish they were back home with a roof over their head.