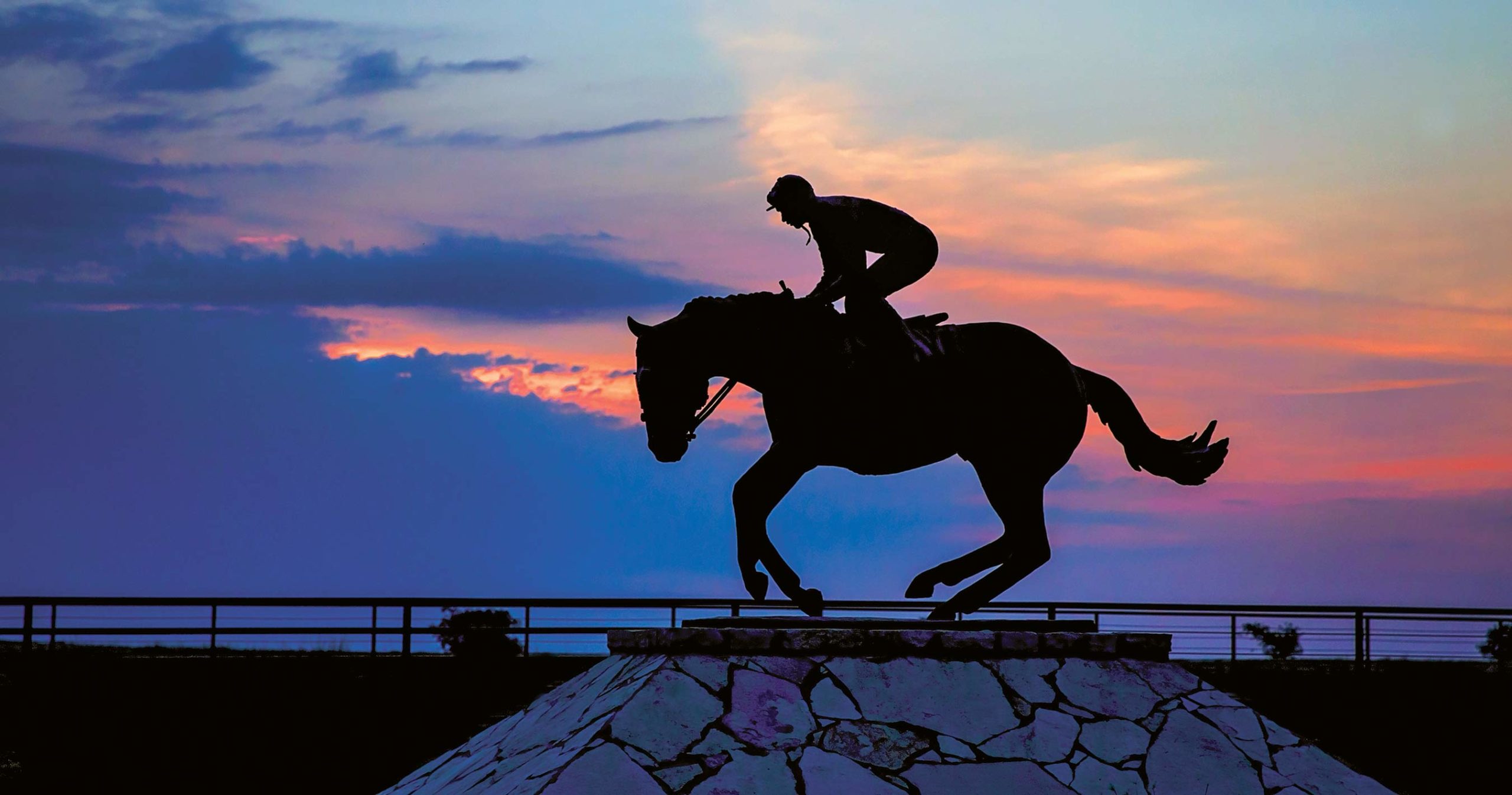 Guthrie, Texas — April 3, 2018 — The Four Sixes Ranch is pleased to announce the release of frozen semen from legendary stallions Streakin Six and Special Effort to be used in Intra-Cytoplasmic Sperm Injection (ICSI).

Through technical advances in equine reproduction, such as artificial insemination (AI), embryo transfer (ET), frozen semen (FS) and now ICSI, the industry can preserve superior genetics. This advanced reproductive technology is appropriate for mares that are unable to become pregnant by traditional means and/or when pregnancies are sought from limited sperm supplies.

For more than 25 years Dr. Rick Beck, with InFoal, Inc. has had a successful practice dedicated to equine reproduction and preserving valuable genetics thru equine ICSI, he explains, “The fertilization is different between Embryo Transfer (ET), where the mare is bred and then the embryo (fertilized egg) is flushed and implanted into a recipient mare. The ICSI technique is performed by injecting a single sperm cell directly into the mare’s oocyte (unfertilized egg) recovered from donor mares and cultured until ready to implant into a recipient mare.” Dr. Beck included that there has been considerable research on the ICSI procedure and “it does no harm to the donor mare or to the reproduction system and multiple aspirations and/or breeding procedures can be performed in one breeding season.”

ICSI procedures have been successfully performed for a while now, what originally began as academic research has now reached the point of commercial application. Due to the expense of the laboratory facilities, equipment and supplies there are only a couple of private veterinary hospitals offering ICSI services, “We really try to price this procedure as fair as we can. Mare owners need to understand that ICSI is a long chain of events that involve technical steps that all have to work and synchronize to get a pregnancy and younger mares are the better candidates.” concluded Dr. Beck.

Four Sixes Ranch Horse Division Manager, Dr Glenn Blodgett added, “We have a very limited amount of Streakin Six semen, not enough to have ever tried by any means other than ICSI. Special Effort was tried many years ago via traditional frozen semen breeding and we were unsuccessful in obtaining pregnancies. Dr. Beck has had good results with Special Effort on first try using ICSI.”

Blodgett commended Dr Beck’s results sharing these details, “On March 1st Dr. Beck aspirated, or retrieved, 22 oocytes (unfertilized egg) from 18-year-old mare Thatsa Blazin Chick that resulted in one pregnancy to Streakin Six. Then in his second aspiration he retrieved 23 oocytes resulting in two pregnancies to Special Effort and one more to Streakin Six. We are very impressed with his outcome and look forward to offering this opportunity to the public.”

The 2018 breeding fee on these AQHA Hall of Fame stallions, Special Effort and Streakin Six (limited semen available), will be $3,500 to approved mares and to be bred by the ICSI procedure only. Interested parties are encouraged to visit www.InFoal-Inc.com for details on the ICSI procedure. Breeding contracts can be obtained through the Four Sixes Ranch office at 855-674-6773. Here is more information on these two great stallions: