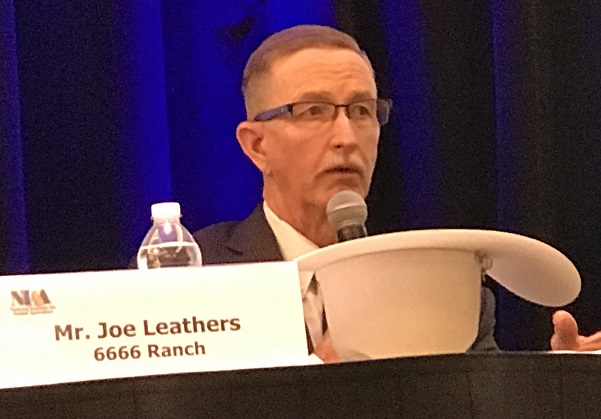 Past efforts to develop a national cattle traceability program have met with resistance from some sectors of the cattle industry. But a Texas cattleman thinks this time is different.

Joe Leathers with the 6666 Ranch of Guthrie, Texas is one of the leaders of the Cattle Traceability Working Group, which is developing a model for a national traceability program.  Leathers says there is a difference between this effort and some of those in the past.

“We’re working real hard to make sure that the producer is the one that’s driving it,” Leathers says. “I want everyone to understand that the driver of this is from the producer up, not from the federal government down. I think that’s a big difference in what’s been happening before.”

Leathers says another difference this time is that this USDA says it wants the program to be producer-driven.

“I really feel like this is one of the rare opportunities where we in the cattle industry have an opportunity to not only have a seat at the table, which doesn’t come very often, but we can be proactive instead of reactive,” he says.

Leathers says producer-driven means producers get to choose the level at which they want to participate and they control their own data.

Leathers spoke with Brownfield at the National Institute for Animal Agriculture’s annual conference in Denver, where cattle traceability is the main topic of discussion.