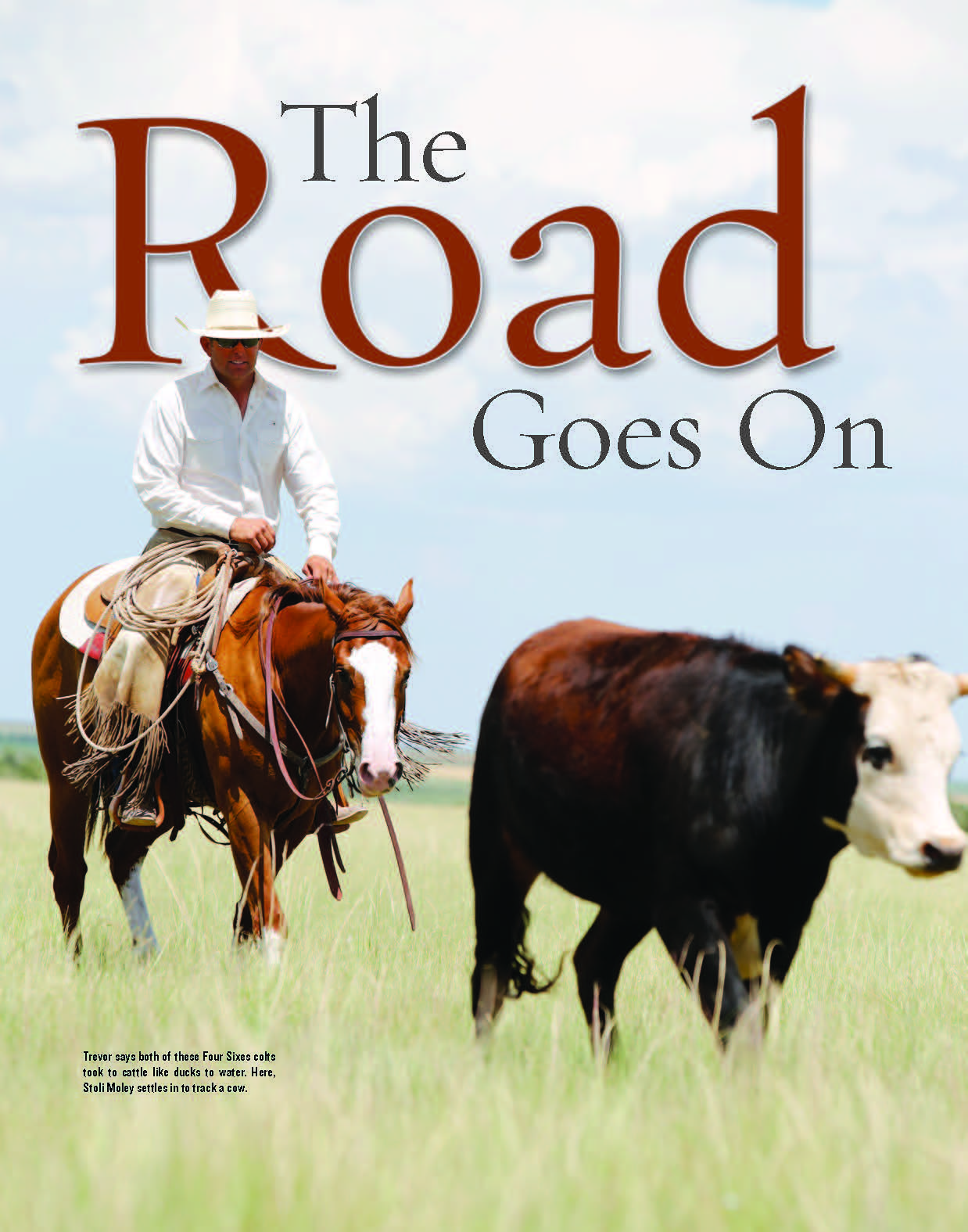 Horse DivisionNewsPressRoad To The Horse

The Road Goes On

Home | Blog | The Road Goes On

Road to the horse is a colt-starting competition, sponsored in part by AQHA, that puts largely unhandled 3-year-olds in the hands of top horsemen and -women to see how much progress they can make in the span of three short days.

On the third day, after two sessions of round-pen work, the colts are asked to ride through an obstacle course that would challenge most broke horses, and they are also tested on basic rail work. It’s a tall order, and that’s a lot of learning in a short amount of time, so a common question is: How much do the colts retain when they go home?

The Journal decided to find out by checking in with AQHA Ranching Heritage Breeder Trevor Carter of Clovis, New Mexico. Trevor competed in the 2015 Road to the Horse in late March in Lexington, Kentucky. He had gone there as a “Wild Card,” a competitor who first had to earn his spot in the main event by winning a freestyle and obstacle competition against other trainers who had taken a colt from the 2014 Road to the Horse remuda home to train for a year.

All of the colts were provided by the famed Four Sixes Ranch in Guthrie, Texas, another AQHA Ranching Heritage Breeder.

Trevor’s Wild Card horse, Royal Wall or “Sailor,” performed swimmingly, and Trevor went on to step into the round pen with two colts from the 2015 AQHA-Four Sixes remuda: Stoli Moley and First Trail Drive.

As he selected those colts, Trevor says, he had an eye on the long haul.

“I didn’t want to just go and get a horse that would get along for those three days; I wanted to see what we could do afterward,” Trevor says, “to travel along with them and just see what the horse is capable of as a horse, not just for the show.”

So as Road to the Horse concluded, “Stoli” and “Hawkeye” loaded in Trevor’s trailer, headed to Clovis. Stoli had been purchased by one of Trevor’s clients who had left the colt in training with Trevor until he was ready to move on as a barrel horse. And Trevor purchased Hawkeye to compete in AQHA Ranching Heritage Challenges and other ranch-horse venues.

When the Journal revisited these Road to the Horse alums, it was only about three and a half months after the event – so Trevor hadn’t had a lot of time with them, especially considering that he had been on the road doing clinics for part of the summer.

“With both Stoli and Hawkeye, when we brought them home, we gave them about two days off, and just went back, going over some things a little more thoroughly,” Trevor says.

At Road to the Horse, Trevor figured that he had a total of five hours during three days with each horse. In that time, he had to reintroduce the colts to the halter (they had been halter started as babies but not handled much since), initiate some ground work and introduce the saddle, and then get on

board to give the colts a rudimentary understanding of the aids under saddle.

Back home, he covered that ground again, to make sure the colts understood and were comfortable with everything they had learned in Lexington.

He reintroduced them to a flank rope and a belly rope to solidify their understanding of saddles and cinches. And especially with Stoli Moley, Trevor worked with his feet.

The Road to the Horse finale required competitors to pick up all four of their colts’ feet, and Trevor simply hadn’t had time to practice that with Stoli at the event. The remedial work paid off, though, and Stoli is now a gentleman for the farrier. Trevor will go over the steps it took to get him there in a future issue of America’s Horse. He has some novel hoof-handling tips.

But in many ways, Stoli showed that the training he’d had at Road to the Horse had stuck.

“As far as his holes, I don’t think there were too many as far as riding,” Trevor says. “He felt just the same as he did at Road to the Horse.”

That meant a horse who was not necessarily tight under saddle but wasn’t convinced that he needed to look to his rider for help when he got bothered. And the skeptical Stoli tended to be bothered by things like horse-eating tarps and trampolines – certainly not uncommon reactions for a newly started colt.

Because Stoli is a customer’s horse, Trevor has given him priority. He’d like to get him as solid as possible before his new owner takes over, so Stoli has had the benefit of about 90 days of riding.

Hawkeye, however, has only had about 15 rides, but Trevor’s not worried about taking things a bit slower with him.

“I don’t feel he’s behind,” Trevor says. “He’s right where he needs to be; he just hasn’t had as much time as Stoli right now.”

But with both colts, Trevor is obviously enjoying the journey. Both of them have been used to track cattle and to play on an obstacle course that includes a teeter-totter, jumps and a Flintstones-style car that the horses push with their chests.

Stoli can push the car up a steep slope and swim through a pond filled to the brim by recent rains. From Stoli’s back, Trevor can open and close gates around the family’s property, and he can even rope a gentle cow – and then approach the cow to remove the rope.

“He’s such a big, powerful horse,” Trevor says. “He’s got a huge trot, a lot of suspension, but he’s real catty like a cow horse, too. It’s kind of nice to have the best of both worlds with him. Riding him, he can go all day.”

Right now, Stoli is a smooth-moving but still-green colt who shows a lot of potential, Trevor says. He just needs a few things: “Lots of persistence and time and long rides.”

That same prescription will work for Hawkeye, whose straight cow horse breeding made him hook onto cows with even more zeal. Trevor is excited about his future in the show pen.

“I love him; he’s my ideal kind of a horse – big, broad, powerful.” Trevor also plans to continue showing Sailor in ranch-horse competitions, and he’s keeping close tabs on another of his Road to the Horse alums.

Oat Power, or “Switch,” was Trevor’s Wild Card horse for the 2014 Road to the Horse event, and he and his literary success were featured in the May 2014 America’s Horse. Trevor’s mom, Lynn, had written a children’s book titled “Switch, the Luckiest Horse of All!” designed for ages 3-7.

Trevor and his wife, Tara, had initially planned to keep Switch for their children, William, 3, and Phillip, 1, but they ended up with an even sweeter deal. Switch was sold to a nearby family friend who allows the Carters to still see him, spoil him and ride him.

“William used to claim Switch,” Trevor says. “And now he claims Sailor. Every play toy he has is ‘Sailor,’ or everything he rides, whether it be a pillow or a play horse, its name is ‘Sailor.’ ”

Phillip likes being around horses, too. One day, before too long, the boys will progress to riding on their own, and that has given Trevor an important point of comparison for all of his horses, whether they’re from Road to the Horse or his own herd.

“I try to get these horses, whether they go to clients or if we keep them for ourselves, to where our kids can ride them. They’ve got to be capable, they’ve got to be confident and safe enough for our kids to get along with.”

So that’s the goal at the end of the road. For now, though, Trevor and his Road to the Horse colts are just making headway. Stoli will go home at some point, aiming for success as a barrel horse, and Hawkeye should see the spotlight of a Ranching Heritage Challenge someday soon. Trevor can hardly wait to see where his road leads.

“I liked his build, his breeding,” Trevor says, “and he was really the horse I wanted to have, like a Switch, like a Sailor, just to see how far we can go over the course of the horse’s life and what we can do.”

Holly Clanahan is editor of America’s Horse. To comment, write to hollyc@aqha.org. Visit www.CarterRanchHorse.com to learn more about Trevor and his program. 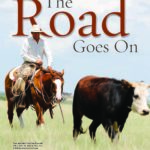 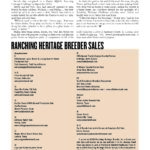 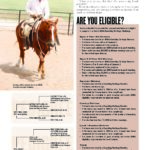 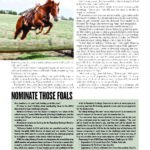 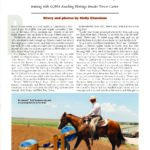