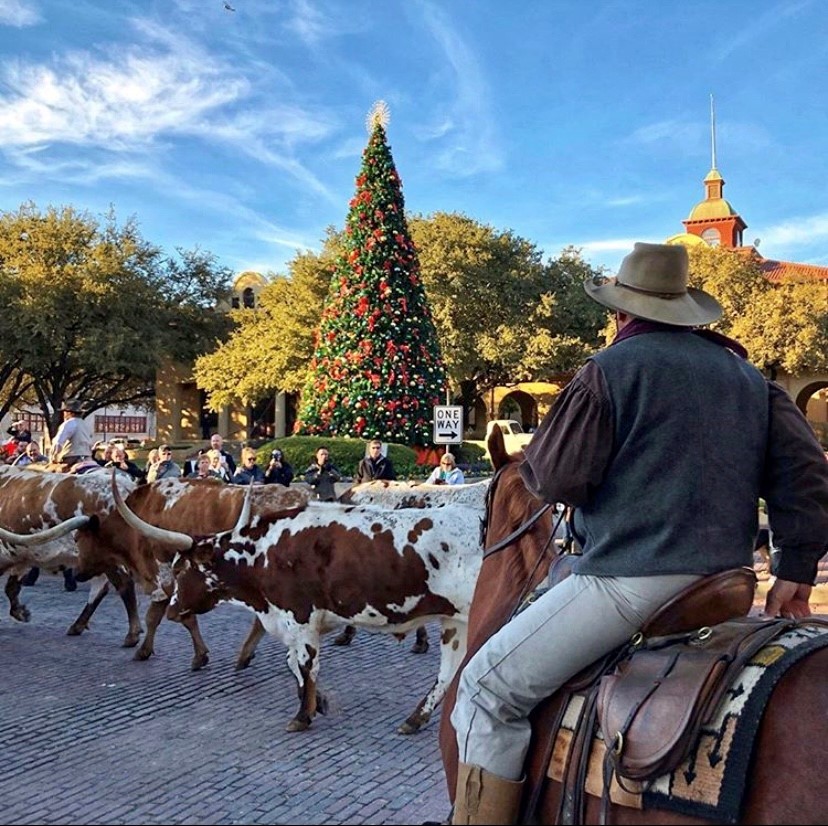 A true Fort Worth trailblazer will be honored with an extended cattle drive this Wednesday, December 2, beginning at 4 pm.

Anne Windfohr Marion died last February. She was a rancher, horse breeder, business executive, philanthropist and an avid art collector. The great-great-granddaughter of Samuel “Burk” Burnett — the founder of Four Sixes Ranch — Marion served as president of Burnett Ranches as well as the chairman of the Burnett Oil Company.

She was the founder of the Georgia O’Keeffe Museum located in Santa Fe, New Mexico, and her significant contributions brought to life the construction and design of the Modern Art Museum of Fort Worth ― a masterpiece from architect Tadao Ando unveiled in 2002.

Marion was inducted into the Hall of Great Westerners of the National Cowboy & Western Heritage Museum. She also served as the City of Fort Worth’s honorary trail boss in the Fort Worth Herd’s inaugural cattle drive, which was held on June 13, 1999.

Four Sixes Supply House, Lone Star Ag Credit and the Fort Worth Herd will participate in “Point Em’ West,” an extended cattle drive on Wednesday to honor Marion, who was a trailblazer in both Western culture and business.

“We are honored to be part of this special cattle drive,” says Kristin Jaworski, trail boss of the Fort Worth Herd. “Anne Marion was an important female leader in Fort Worth and in Western culture and paved the way for many with her philanthropy and leadership.”

Four Sixes Ranch is part of the Burnett Ranches LLC, known as one of the most storied family-run businesses in Texas history. It was founded by Captain Samuel “Burk” Burnett in 1870 when he purchased 100 head of cattle wearing the “6666” brand from Frank Crowley of Denton. Today, Burnett Ranches encompasses 260,000 acres including the Four Sixes Ranch headquarters.

The Four Sixes cowboys from the legendary Four Sixes Ranch will be joining the Fort Worth Herd for this cattle drive.

“In the ranch’s 150th year, our connection to the Burnett legacy of strength, faith, integrity and excellence couldn’t be stronger,” says Brandie Blodgett Mustian, manager of Four Sixes retail division. “Our cowboys will pay tribute to the vision and leadership of Mrs. Marion in a touching way that is traditional in our western culture. Mrs. Marion’s longtime friend Red Steagall will host a program when the herd reaches Four Sixes Supply House on West Exchange.”

The commemorative drive is free to attend and open to the public.